Featured in Disney's Matilda 2 due for release in December 2022! 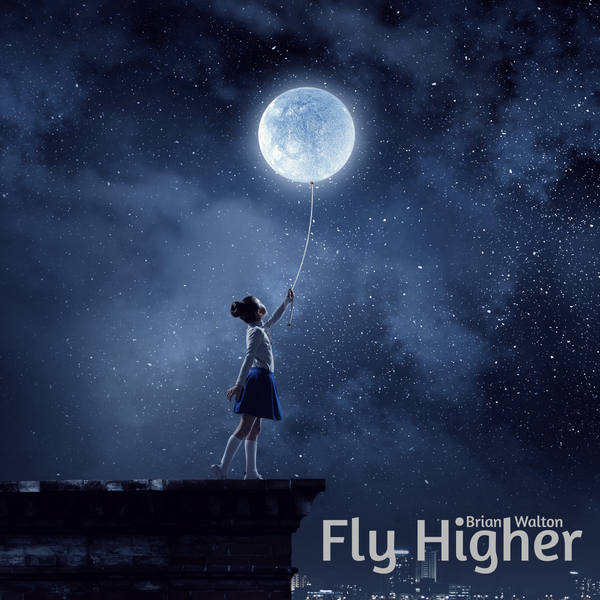 Written in 2006 to celebrate the birth of his first granddaughter, Brian Walton’s “Fly Higher” was first released to limited fanfare as part of the “What the Hell” album in 2015, re-released again in 2019 on the “Made in the Shade (25th Anniversary)” album and newly released in 2022 as a single. In a telephone interview with the Artist, we talked a bit about the evolution of "Fly Higher"…

TMZ: So why did you record 3 versions of “Fly Higher”?

Brian: I was under pressure by my record company to finish up the “What the Hell” album and didn’t have enough songs, so I dug into my archive and pulled out a concept that wasn’t much more than a rough draft, finished up the lyrics and laid down the tracks just in time for release. To my surprise, the song caught traction among fans, much like "Strange Sensation" did, so I included a more polished version on the “Made in the Shade (25 Anniversary)” album. Then, in late 2021, I was approached by Disney. They heard the song and really liked the concept, so I re-recorded the song, especially for them.

TMZ: Tell us about the story told in the lyrics?

Brian: I had the idea to write a full circle father/son story much like Cat Steven's "Cat's in the Cradle", but for my granddaughter. In the story, I tried to strike a balance between older and younger audiences by mixing in cultural elements that are relevant to them both, but still a little nostalgic and very down-to-earth.

TMZ: In the Disney version you recorded all the instruments yourself?

TMZ: How was it working with Disney?

Brian: Awesome. We worked pretty closely together on developing the concept and setting expectations for "Fly Higher" I learned a lot and made some great friends along the way.

The previous two recordings of “Fly Higher” (2015/2019) were a bit long-winded and lacked a certain polish. However, the 2022 single for Disney far exceeds expectations with impeccable execution and production quality. The song itself highlight’s Brian multi-instrumentalist talents and songwriting abilities which transcends generations and cultural boundaries.

Although Brian’s vocals have a twinge of Country to them, one doesn’t get the feel of "Country" from the overall production. All the instruments are perfectly conducted and balanced with each receiving just the right amount of attention throughout the song. I especially liked the varying roles each instrument played during the recording. And the backing vocals are concise and strategically placed for maximum effect.

While some of the topics in the storyline might be a bit dated and the passages a bit cliche to some, the song was written to appeal to a multi-generational audience and I unconsciously found myself reminiscing fond memories of my childhood listening to it. More importantly, the song is Authentic and Honest in appeal. Brought about in part by Brian's great singing abilities, but also by the perfect application of acoustic instruments to build up the song. An all-around heartwarming experience that was well worth listening to.

And this is just the beginning for Brian and Disney. As of this writing, Brian will be applying his talents to two other Disney productions with more on the way.